As a game that can be played in under two hours, MYTH is excellent for conventions. I’ve got big plans (and 11 months to prepare) for GenCon and Myth next year, but I definitely plan to try and use Myth as a convention game at other events as well. I haven’t been a big convention attendee since I’ve lived in Memphis, but I plan to be better about it this coming year as I warm up for the Summer Convention season with Origins and GenCon.

This should be right after the release of the kickstarter boxed sets, and before all the additional material comes out.  I plan to mostly stick to MYTH 101 style games, introducing new people to the game building up for it’s mainstream release.  I may even break it down into “demo” games where it will last under an hour per game in order to get more players through, with the possibility of one or two full games towards the end of the convention.

MidSouthCon will be after the full kickstarter components arrive, so it will be the first opportunity to show off some of the expanded MYTH world.  I hope to have a full set painted, and some 3D terrain to run custom scenarios at this point as well.  However, since this should coincide with the full release of the game, I’ll likely stick to mostly MYTH 101 style scenarios. 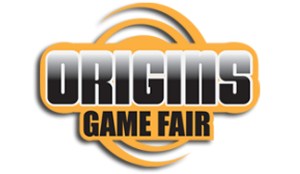 Origins is on my wish list, but I’m not sure I’ll be making this convention yet.  If I can make this con, it would be to introduce more custom scenarios to playtest them for GenCon.  I’d expect MERCS to be in attendance, so the demos can be left to them, but I’m sure there will be plenty of time to get some standard MYTH games in, as well as some kind of Myth meet and greet.  I’ll make sure to update as we get closer on whether we’ll be running Lands of Myth events at this con.

This is the big event being planned for, with the introduction of the full “Rings of Ia” scenario, Myth 101 sessions, and pickup games.  We are definitely hoping to schedule a meet and greet session, and we’ll see what other events we can come up with by August.