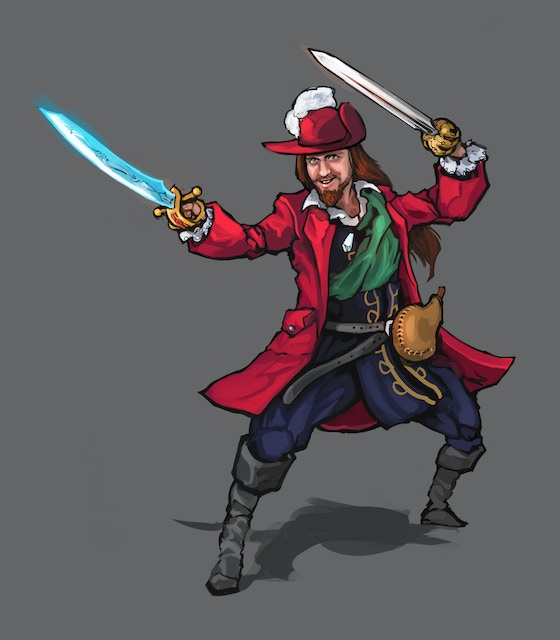 Agents are an items that sounded great in concept, but really didn’t seem to fill their potential once they hit the table.  They were supposed to be special mini-bosses that would show up and harass the heroes at inopportune times and become recurring foes.  However, there were really no mechanics that made that happen.  This is being fixed with Myth 2.0.  We know that agents will be getting new quests via the Journeyman kickstarter, and we know they will be getting new cards via the 2.0 monster cards.  It’s also been stated that a mechanic for recurring will be put into place.

Last August, a Myth fan on Board Game Geeks called Mistermannindy approached how to fix agents and make them.  There were some excellent concepts there, which I’d like to expand on (steal ideas from) before the new agent rules are set in stone.  The original discussion was about how to create a home grown agent that better fit the agent concept, but I’d like to focus the discussion on making Agents live up to their potential altogether.

The original BGG discussion can be found here, along with some example cards by Mistermannindy.

There are several key mechanics that should be addressed with agents.

How do the heroes meet an agent for the first time?  Under the current rules, agents are a type of miniboss, so any time a miniboss should be placed, an agent could be placed.  This basically comes down to certain threat penalty events in darkness decks.  Myth 2.0 already is introducing minibosses a a standard part of certain types of tiles, giving yet another way to first find an agent.  This is being addressed in a third way with the new agent quest cards coming out with the journeyman kickstarter.  The combination of these three methods should give plenty of opportunities to introduce agents into gameplay.   I personally feel the third method should be the way agents get “unlocked” however.  Much like you can’t get the help of allies until you unlock them, I believe agents should not show up as random minibosses until after their first quest has been completed.  However, I think that the miniboss mechanics are very important for reintroducing a particular agent, especially if their quest chain is complete, and nobody has their card.

The one thing that makes agents special right now is that each gives a very powerful card.  However, they lack the recurring villain motif that they were originally described with.  Blatantly stealing from the original thread on agents, an escape mechanic on every agent seems like an excellent idea.  Adding a recipe to escape, to every agent would give them the extra quality to make them special.  Each agent could have their own recipe or condition (making it harder or easier, but I think a 2 die recipe on 4 FD should be about right) and their own escape.  Alternate conditions to a recipe might be an automatic escape when they are left at a certain vitality, after causing so much damage, or after they are able to execute a successful attack.  Each recipe should have the following components:

Although it was slanted towards a single agent, a very elegant solution to recurring agents was offered in the original BGG discussion.  Any time any player in the group has an agent card in their deck, an extra card is placed in the darkness pile (giving 11 cards in the darkness deck instead of 10).  This would be a generic agent card.  When it comes up in the rotation, do the following:

Step two and three are pretty easy to follow, but I want to lay out several ideas of how to roll for an agent attack.  For all of them, the monster cards for every agent matching a card in any player’s deck should be set aside for reference at the beginning of the game to keep things moving quickly.)

I believe addressing this area will make agents much more memorable villains, who live up to their promise and create great stories.  They would be different than other minibosses, and give more of an epic feel to them as the eternal foes of the heroes.  Now that monster cards will be double sided to get more real estate, I think there is plenty of room to make this work.

BONUS – How to take it even further…

Agents don’t necessarily need to physically attack the heroes to create trouble for them.  They can set traps ambushes, or generally create havoc for the heroes.  Here is a way to change the mechanics of the two fate die methods to add this aspect to agents.