There were a lot of things to be excited about with the Myth Journeyman campaign. Here are ten items that I found to be key additions that will take Myth play to another level in 2016. 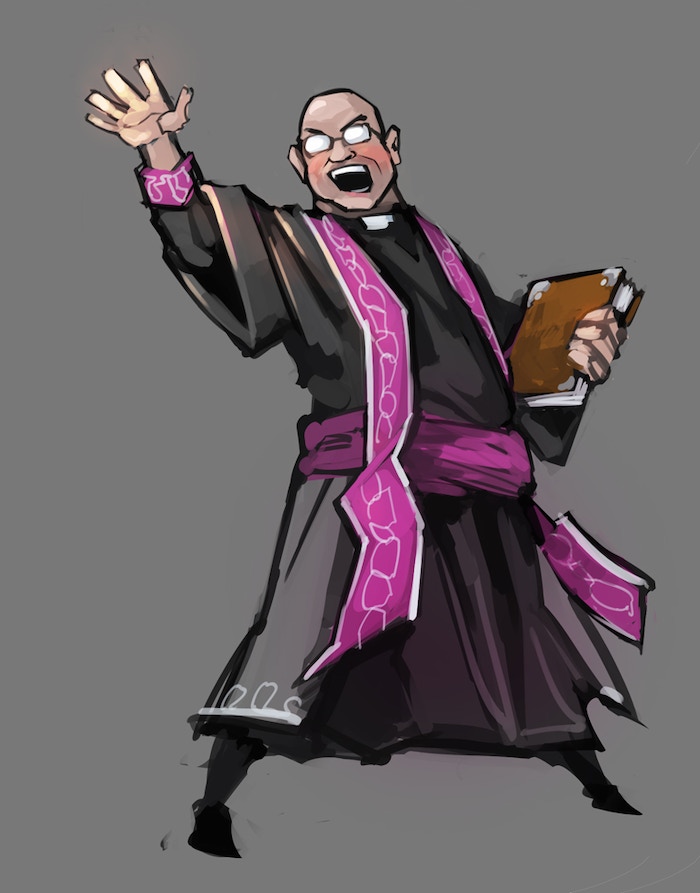 (10) Replacing Counters with Minis
Part of the draw of Myth is what a beautiful game it is on the table. The miniatures add a lot to the game. I always disliked putting counters on the table for allies and summons. That won’t be a problem anymore. Key non-player characters Father Josh, Father Andrew, and Lucy have joined Marcus the Ready in miniature form to replace counters. It doesn’t add any new rules or game-play options, but for many players (like me) it enriches the game experience every time you place a miniature on the table instead of a counter.

(9) New cards
The additional quest packs and the item pack weren’t the flashiest added items during the first campaign, but they were one of the most used add-ons, and give more variety to game-play. With that in mind, I certainly welcome 2 more item packs and another quest pack into the mix, and especially look forward to seeing how the quests run with the new formatting for Myth 2.0. More items in the mix is huge for me, since I like to design pregen characters for conventions, and the more items in the game, the more options I have to make each and every hero unique in their play styles.

(8) Agent Quests
This item didn’t get much fanfare since it was grouped with the much more visible thieves guild captains, but I’m really intrigued by the changes coming for agents. Agents will have their own quest lines added for adventure play as well as new rules for Agents randomly showing up to harass the heroes. I think the added continuity will help differentiate agents from minibosses and other enemies, giving another great tool for creating memorable stories. 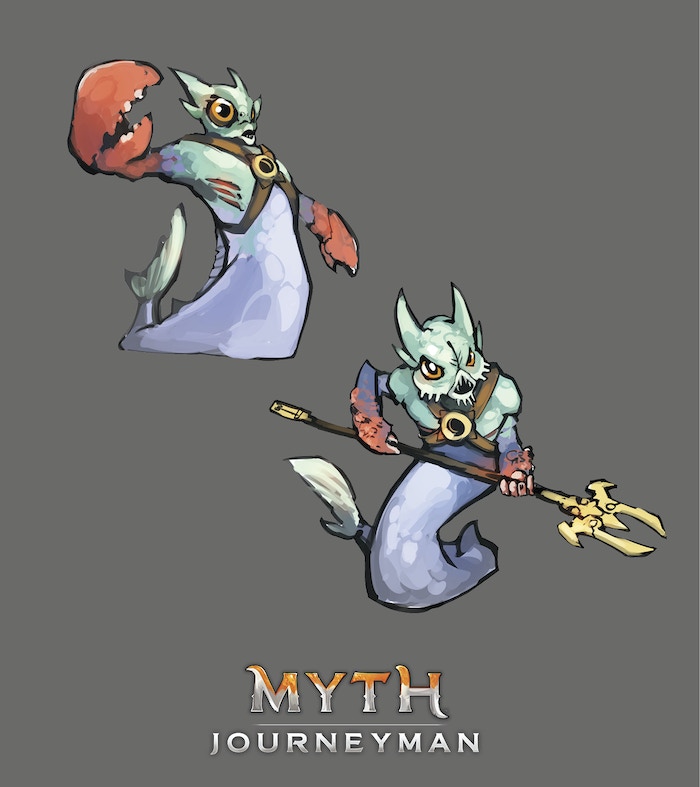 (7) New Enemy Races
Eight new monster races are being added to the game, more than doubling the available pool of enemies. This gives us 15 races in all, with six from the original campaign and one from the recon kickstarter. The new races add a variety of mechanics, including the gooples, whose acidic ooze can damage weapons used against them, and thieves who will steal your gold and equipment right out of your inventory. Every race looks like it will bring something new to the game, so your adventures should never get stale. If you play a weekly game of myth, and base each week around an enemy race, each race would only hit the table two to three times a year, keeping them all fresh.

(6) Epic Boss Stages
Another subtle stretch goal that got bundled with another stretch, the epic bosses excite me for two reasons. First, it keeps some of the lower level bosses challenging as the heroes advance with their new journeyman powers. That in itself is good for the game. However, I also see this as a great sign for the game long term. As much as there is focus on new enemies and new challenges, MegaCon Games has not forgotten the content already there, and is willing to update and expand it to keep it relevant. For players coming into the game in the future, this means that by making some smart buying decisions, you can get into even high level play at an affordable price point, which is key for continuing to grow the fan base.

(5) Module Play
Modules were introduced with the Recon Kickstarter, and I was very happy to see them migrated over to Myth. Modules give a style of play that many players have wanted, with a series of storylines that have pre-defined quests. Instead of players making decisions on what kinds of enemies and traps lay before them, the quests have all the set up instructions built in, from tiles, to monsters, to lairs, to traps. This mode of play is a departure from the original vision of Myth, but it gives a play option much more in line with the expectations of players used to other dungeon crawlers. With the main set quests going into module form, the two expansion boxes, the free stretch modules, and the add-on modules, we’ll be hitting the ground running with thirteen modules in print, which should keep players busy for quite some time, even without any fan content. 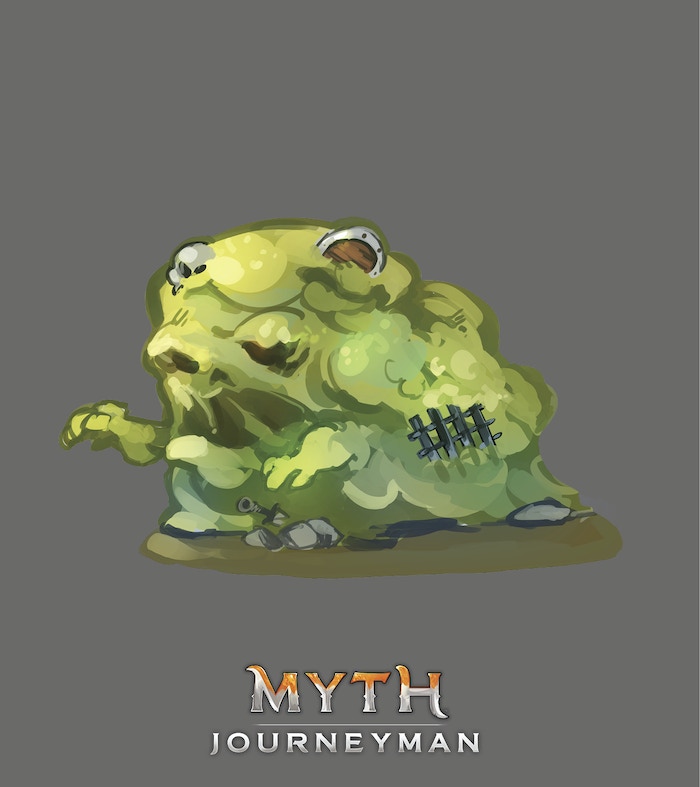 (4) Commanders
One of the key things that modules introduce is Commanders. This is a new level of enemies, with a difficulty in between captains and bosses. Twelve different races include commanders, giving new challenges to put before your heroes. Commanders range from direct threats that attack the heroes, to buffers that make minions and captains stronger, to debuffers that cause complications for the hero and reduce their effectiveness. This will breath some more life into some of the older races while at the same time bringing in even more variety of experiences with the new races.

(3) Myth 2.0 Rules
While technically not a part of the journeyman expansions, this initiative is closely tied to the new material. While most of the changes are simply cleanup and formatting to make the rules easier to consume, there are some key changes coming through the rules to help give a better game experience as well. MCG has shown a lot of commitment to listening to the fans when it comes to improving the game system, and I believe when the 2.0 rules and cards come out this September, it will make it easier than ever to get new players interested in the game.

(2) Journeyman Hero Upgrades
Of course the focus of the new campaign was the journeyman heroes themselves. Journeyman rules were talked about during the first campaign, and now they will become reality, with upgraded statistics and 10 new cards for each journeyman path. The five original heroes will each have two paths to expand with, while all other heroes will have a single path. Journeyman will allow even more customization of every hero, which is exciting for me when designing pregens. Heroes will be equipped to take on greater challenges, with new abilities…which means the ability to use more of the enemy content without almost certain death for the heroes as well. 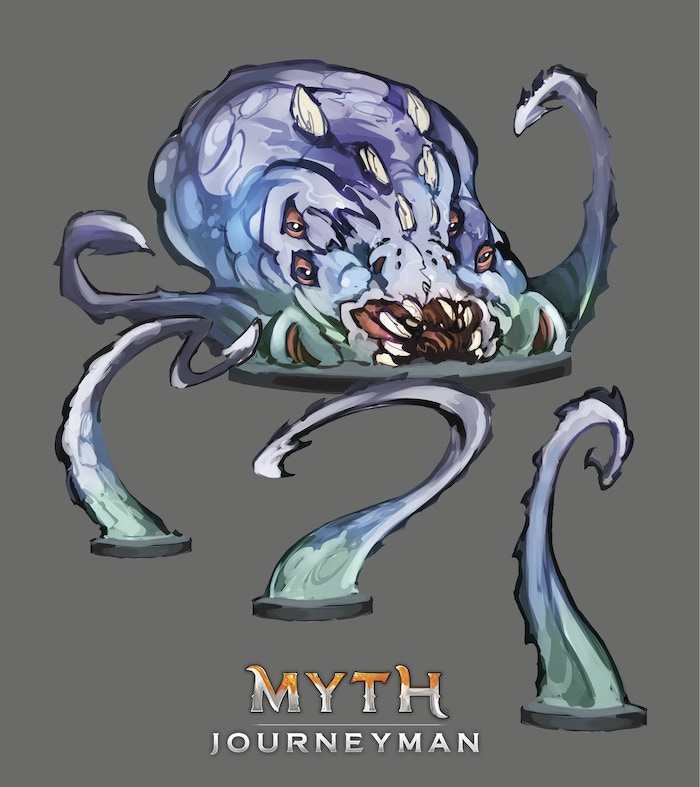 (1) Ultrabosses!
How can the journeyman upgrades not be the most exciting thing in the journeyman campaign? Remember when I said that heroes can take on more enemy content without almost certain death…well that is replaced with new enemies that will be almost certain death. Ultrabosses got added very late in the campaign, but they certainly will have a big impact on it. In the future, they will be the challenging enemies for Master level heroes. For now, they will serve as an additional game mode where many hereos will be needed to team up in order to stop these mighty foes. Both the kraken and the frost dragon add epic foes and HUGE miniatures to the mix, and hopefully at some time in the future we’ll also see the cyclops join the ranks of the ultras. I’m very interested in seeing how these will work for convention play, especially since I’d already been playtesting a kraken scenario (using about a bunch of my shadows of brimstone tentacles and a paper cup.)

There is a lot to be excited about in the future of Myth, with content hitting three times in the next fifteen months.
June 2015 – Recon Additions – 1 agent, 1 miniboss, the hunter, and the infected
September 2015 – Myth 2.0 Rules and Cards
June 2016 – Myth Journeyman Content

It’s a good time to be a Myth fan.

I probably should have given this more attention a month ago, and fell down on the job between vacation, and being swamped with work.  Anyway, I’ve noticed a number of updates have happened with the review, so I want to point people to it if you are trying to figure out MYTH.

In between putting together my GenCon notes, I wanted to make sure I didn’t put this off any further.